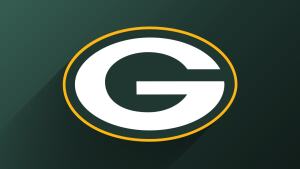 George Arthur Tremblay passed away at his home on November 15th, 2021. He was a husband, father, grandfather, son, brother, uncle, cousin, and friend. He was a lifelong Taunton, MA resident.

He was a loving and devoted husband to his wife Sharonanne. He was proud of his children Jack, George, and Kate and their spouses Heather, Sarah, and Russell respectively. He was only 5'3", but was a larger-than-life figure to his grandchildren Jacob, Teddy, Ellie, Emma, Evan, and Emerson - who affectionately called him "Banana Grampy" because of his yellow Green Bay Packers nightclothes. He loved animals, especially his family dogs and cats, and was especially affectionate to all his grand puppies.

George attended Hopewell School and the old Taunton Vocational School. He served in the US Navy from 1967 to 1973 aboard the USS America and went to Vietnam twice. He spent 40 years working as a welder for General Dynamics Electric Boat at Quonset Point, RI.

George enjoyed music and was a drummer. He was a member of the Taunton Drum and Bugle Corps as a young man. He played locally for the Four Plus in the '70s and '80s for the Cormier brothers. He also played with Shirley and the Dominoes, Backtalk, and other local groups, playing everything from pop to oldies to Cape Verdean music.

He always made new friends by decking himself out in Green Bay Packer gear. He was kind to people in need. Helping people out really made him tick. He was a powerful teacher. He enjoyed being a showman and the center of attention and also being by himself. He liked to make people laugh and have a good time. Today, we move on without him in body, but he will forever remain in and among us in spirit.

Visitation will be held in the Riendeau-Mulvey Funeral Home, 467 Bay Street, Taunton, MA 02780 on Monday, Nov. 22nd from 4PM-7PM. Burial with military honors will take place at Cedar Knoll Cemetery, 175 Staples St, East Taunton, MA 02718 on December 1st at 11AM. Relatives and friends are respectfully invited to attend. For directions or to leave George's family an online condolence please visit www.r-mfh.com.

To send flowers to the family or plant a tree in memory of George A. Tremblay, please visit our floral store.