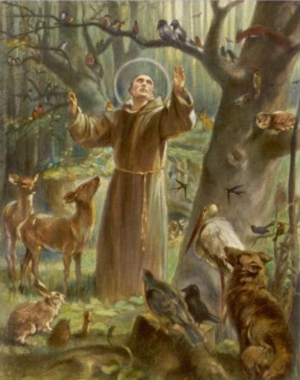 Charles L. Rivard “Larry”, 67, of Taunton, MA succumbed to complications due to a brain aneurysm at Rhode Island Hospital on Saturday May 25, 2019 surrounded by his wife and children.

Larry was born October 21, 1951 in Taunton, MA to the late Charles E. and Dolores J. (Wilson) Rivard. He was the brother of Joann Hart, Patricia Wilson, Dolores Lemelin, Norman Rivard, Donna Brown, and Daniel Rivard. He also leaves behind a large number of nieces, nephews, and extended family.

He was the third child, and eldest son of seven children born to Charles and Dolores. His parents founded the original Taunton Yellow Cab Company in the 1950’s. He was a lifelong auto mechanic. His career began out of high school working for the family business as a cab driver and fleet mechanic. He expanded his automotive expertise working at various garages throughout his 50 year career. In the early 1990’s he opened his own auto repair shop Sparrow’s Auto in New Bedford, MA. Eventually he returned to working at establishments for others. At the time of his passing, he was a technician at Walt’s Auto in Taunton, Ma where he had the pleasure of co-working with his dear friend Kenneth Rowley for many years.

Larry had a love of vintage Lionel trains, Plymouth Roadrunner classics, Mopar, Buick Grand Nationals, NASCAR, animal rescue, nature, history, and family. He enjoyed vacationing in the White Mountains and Lakes Region of New Hampshire where he could be closer to nature and free from city life.

As a young boy he spent summers camping with his family at Blackberry Crossing off the Kancamagus Highway in Conway NH. This was also where he met his future wife Claire at age 13.

His reputation for making everyone feel like family was well known in the Taunton community. He often went out of his way to help anyone in need. If he was your friend, you felt valued, and cared for. You could always depend on him.

Even greater than his hospitality to the community, was his love of animals. He worked extensively in animal rescue and bonded deeply with any creature lucky enough to cross his path. He would rescue injured wildlife from roadsides, saved many baby birds with the help of professionals, and believed that every rescue dog with a behavior issue still deserved another chance no matter the circumstance. He actively donated to the Taunton Animal Shelter year round. His loss will be felt greatly in our community with all the lives that he touched.

His wife and children respectfully request that friends and family continue his passion by donating to the Taunton Animal Care Facility, 821 West Water Street, Taunton, MA. The Animal shelter wish list is available on line. Volunteers and foster pet parents are also needed. Let us as a community continue his good work.

To send flowers to the family or plant a tree in memory of Charles L. Rivard, please visit our floral store.