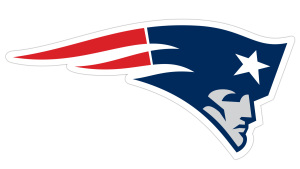 Raymond Rego died at home in New Bedford, MA on April 27, 2020. Born on November 3, 1941, he was the son of the late Manuel and Mary (Reis) Rego of Fall River, MA. Unfortunately, he was battling stage 4 kidney cancer.  His sudden death brings great sadness.

Strong-willed and a one-of-a-kind he had a larger than life personality and possessed a fearlessness and courage that can only be described in a Super Hero.

Always on time and never late, Raymond worked at different jobs throughout his life. Most of them were part adventure mixed in with a dash of danger such as: bridge painter, merchant marine, CDL driver, lighting technician for the Clyde Beatty Circus. Yes, he joined the circus. One could never guess what Ray may do next.  He once purchased a new motorcycle on a whim, and decided to ride from east coast to west coast just for the experience.  Of all the jobs he held he will be best remembered by all as a talented carpenter who worked hard at everything he put his hands on and created magic.

Raymond was a devoted father and grandfather.  His greatest pleasure was going out to dinner with family and friends to enjoy a good meal. He also enjoyed sitting by the ocean, drinking coffee, and smoking too many cigarettes. Ray was also an avid Patriot’s fan. He was happiest when he was working on a remodeling project. He owned and lost more tools than anyone you’ve ever known!

Ray didn’t attend many parties over the years, but if he did he would somehow be the center of attention.  When he told stories he captivated a room. He will be remembered for his great sense of humor and that he liked to make everyone laugh.

The way he died is just like he lived:  He wrote his own rules, he fought authority, and paved his own way. Raymond often said the lyrics to “My Way” being sung by Ol’ Blue Eyes, summed up how he felt about his life, so please remember him and smile whenever you hear the song.

Raymond is survived by a brother, Amos Rego, of Fall River, MA and a sister, Rose Davis, of Swansea, Ma. He leaves behind a daughter, Lisa Rego, a  grandaughter, Ciera Omos, both of Tiverton, RI and many nieces and nephews. Raymond will be deeply missed by his friends and family and all who knew him.

Due to current COVID-19 situation there will be a Mass scheduled at a future date.

To send flowers to the family or plant a tree in memory of Raymond Rego, please visit our floral store.

You can still show your support by sending flowers directly to the family, or by planting a memorial tree in the memory of Raymond Rego
Share a memory
© 2020 Riendeau-Mulvey Funeral Home. All Rights Reserved. Funeral Home website by CFS & TA