About Us
|
Our Staff
|
Contact Us
|
Why Choose Us
|
Testimonials

Our staff is comprised of dedicated and licensed professionals with the experience to answer all your questions regarding our services. Please feel free to contact any of our staff members at any time. 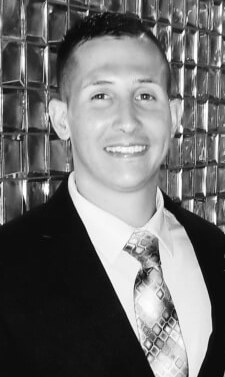 Robert has been in and around the funeral business for most of his life. Robert graduated with honors from Middleboro High School in 2006. Knowing that he wanted to continue to grow and help comfort families in their time of need, Robert went to Bristol Community College where he received a degree in the study of grief. He then transferred to the Funeral Institute of the Northeast where he earned a 4 year degree in Mortuary Science. Robert passed his national and state board examinations in 2009. He continued to work for a few Private family owned funeral homes and decide to go into business for himself.

Robert prides himself on carrying on the legacy of the Riendeau-Mulvey Family with his sincere compassion and empathy for the families he assists.